The Agusta A109C is a sleek and quiet corporate helicopter designed primarily for executive transport. The streamlined body of the aircraft conceals one of the most luxurious cabins available. The plush interior will comfortably accommodate up to 7 passengers and their luggage, in addition to the pilot. The fastest executive helicopter in its class, the A109C is considered as the ultimate in corporate and executive transport. 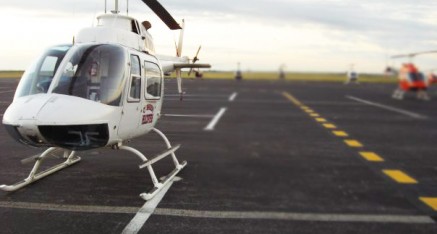 A classic, the Bell 206 Jet Ranger is one of the most widely used helicopters of all time. It combines jet turbine engine reliability and affordability into one. The aircraft will seat up to 4 passengers and is ideal for a number of roles, including passenger transport, aerial filming and photography, site inspections, surveying and TV news gathering.